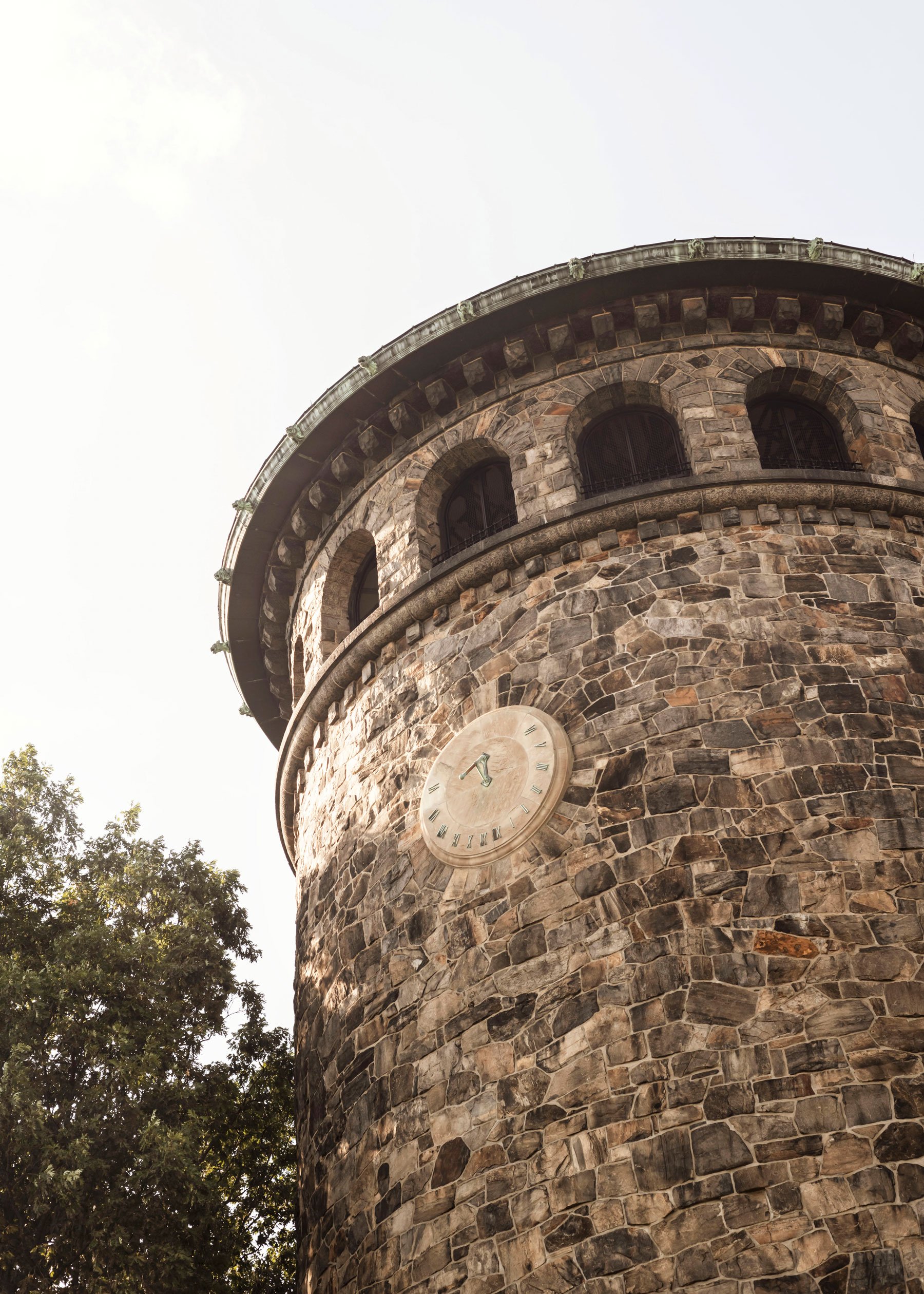 An English-style country estate, Rockwood Park and Museum is a fascinating monument to the lives of 19th-century Americans. The estate is open to tours, and the rest of the grounds is a public park with miles of trails and lush Delaware scenery.

Rockwood Mansion, the eponymous home, was completed in 1854 for Joseph Shipley, a Wilmington merchant and banker. The building was inspired by Wyncote, Shipley’s English country house, and designed by George Williams. The exterior is largely in the Gothic Revival style. After Shipley’s death, the estate in Wilmington was inherited by his nephew, Edward Bringhurst Jr., in 1891. The whole Bringhurst family came to live at Rockwood Mansion, and it was owned by their descendants until 1973, when it was left to New Castle County.

Rockwood’s interior today reflects the 1890s frozen in time. Much of Joseph Shipley’s imported furniture remains, as well as various memorabilia and clothing that tell the story of an upper-crust family of the 19th century. The building was added to the National Register of Historic Places in 1976. The mansion is open for self-guided or guided tours, where docents will tell the stories of the families who lived in Rockwood.

The 72-acre site that Rookwood Mansion sits on is open daily, and it is home to numerous other buildings, including a Porter’s Lodge, the Gardener’s Cottage, a barn, and more. The grounds include gardens, picnic groves, wildlife habitat preserves, and paved trails. The trails are over two miles long, and they are connected to the Northern Delaware Greenways System, which links landscapes throughout Wilmington and its surrounding area. The mansion is surrounded by a heritage garden, which is mostly populated by trees and shrubs that Shipley and the Bringhursts collected between 1851 and 1920.

Rockwood also hosts periodic events and activities for a variety of audiences. Past events include Treasure Tots, which introduces younger kids to the secrets of the park, Happy Hour Yoga, which combines yoga practice with a relaxing wine tasting, and the Rockwood Paranormal Program, which investigates the mansion’s potential supernatural activity. Delaware Shakespeare also performs at Rockwood Park throughout the summer.

Some also believe that Rockwood is home to paranormal activity. The estate was featured on an episode of My Ghost Story, the Biography Channel show, as well as an episode of Ghost Hunters. Guests can participate in the aforementioned Rockwood Paranormal Program, where they can learn how to use sophisticated paranormal detection equipment throughout the mansion.

Other features of Rockwood Park include the Bringhurst Boutique, which is stocked with unique and hand-made souvenirs, the Carriage House, which can be rented out for special events, and an Apothecary Garden, which provides olfactory and visual sensory stimulation.

Picnic on the grounds, stroll on the trails, or embark on a supernatural investigation of Rockwood mansion during a visit to Rockwood Park & Museum, a delightful Wilmington destination with family history and English-style countryside scenery.