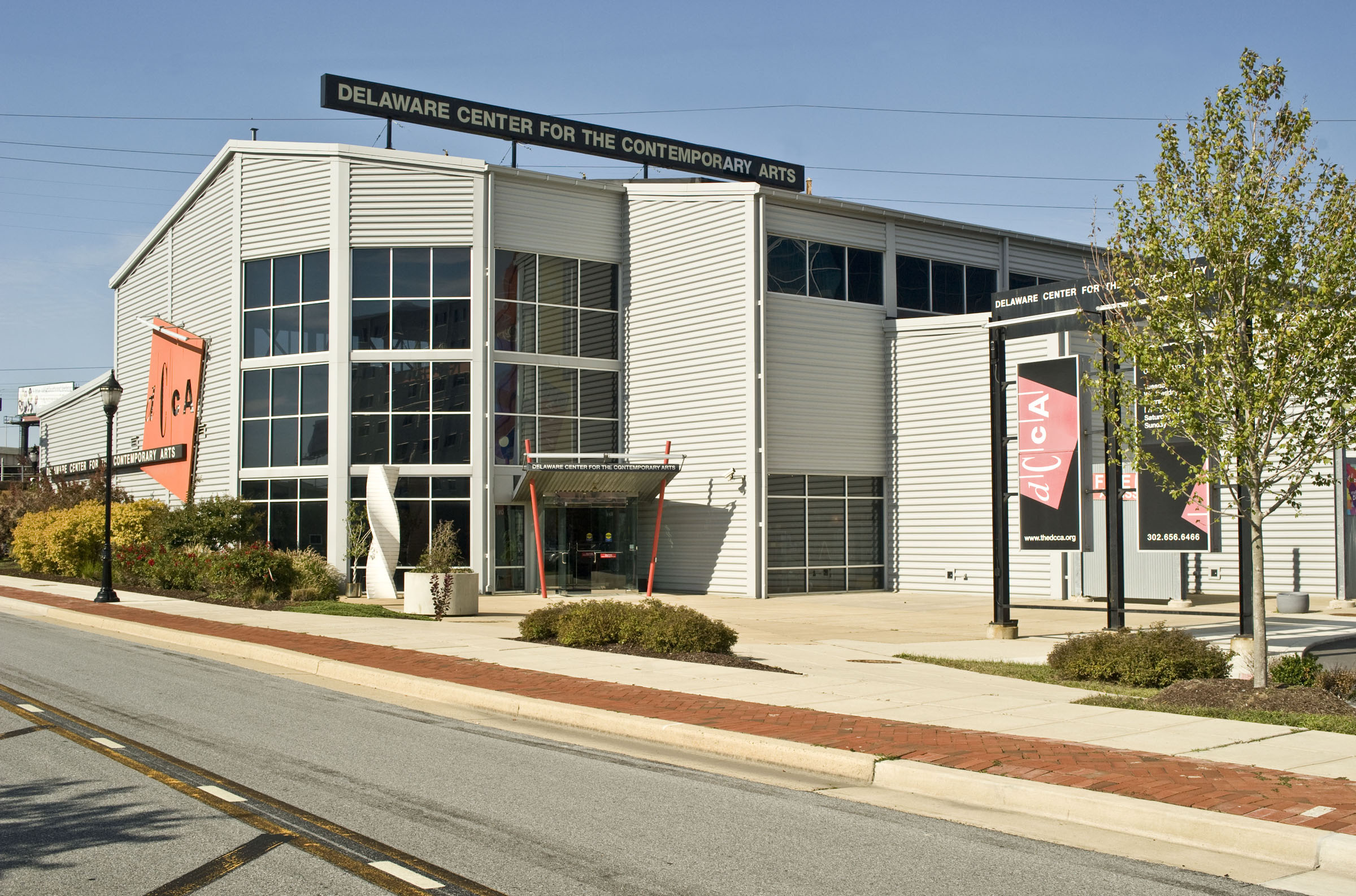 Delaware’s only modern art museum, The Delaware Contemporary is a hub of creativity and community. This cultural institution is located on the beautiful Wilmington Riverfront, where it holds exhibitions, art programs, and more.

In 1979, the museum was founded as the Delaware Center for Contemporary Arts, though its name was changed to The Delaware Contemporary in 2015. A small group of artists and patrons spearheaded the effort, with the goal of imbuing the local community with contemporary art. The museum was initially housed in a former sheet-metal factory, but it is now located in a modern, 33,000-square-foot building in the heart of Wilmington.

The Delaware Contemporary is dedicated to showcasing art by established and emerging artists. To do so, it makes good use of its seven galleries and 26 artist studios, as well as an auditorium, a classroom, and a museum shop. Every year, the museum is home to around 24 different exhibitions, in addition to ongoing programs such as artist residencies and educational collaborations.

Exhibitions at The Delaware Contemporary span a vast range of mediums. Past exhibitions have included Play More Work Less by Peter Williams and Patricia Renee Thomas, an augmented reality exploration of the word ‘play’; The Platform Gallery by Karyn Olivier, a collection of photographs that bridge the commercial and the natural; Foodies by Caroline Coolidge Brown and Caroline Chen, a multimedia celebration of food; and Primal Images: Journey From a Subway Seat by Margo Allman, a search for meaning in acrylic paint. Read more about The Delaware Contemporary’s current exhibitions here.

The Delaware Contemporary is notable for the work it does within the community to inspire young artists and facilitate the work of emerging artists. It runs the Creative Arts Club (CAC), an after school arts program that partners with local Wilmington schools to offer students the opportunity to learn leadership skills in the art world. The museum also operates Project C, an online platform full of art education resources, as well as Contemporary Connections, a series of arts-based curriculum projects.

Finally, as evidenced by its 26 on-site artist studios, The Delaware Contemporary is deeply involved in the development of local artists. It operates Artist Residencies for creatives from underserved communities, and offers those artists-in-residence exhibition opportunities.

The Delaware Contemporary is one of Wilmington’s must-visit destinations, for its fascinating exhibits of modern art and for its important role as a community institution. Its art is edifying, inspirational, and culturally apropos; its location on the Wilmington Riverfront also makes it a short distance from The Quoin. It is open from 12pm to 5pm Thursdays through Sundays, and admission is free.

An additional 500 acres was donated to the park in 1981 by William Poole Bancroft’s Woodland Trustees. Bancroft, an American industrialist, was dedicated to Delaware’s land conservation movement; he established the Woodland Trustees in order to continue the work of preserving the Brandywine Valley’s pristine natural beauty after his death.

This state park is a pastoral slice of Delaware’s Piedmont region, known for its ancient foothills. The stone walls for which the park is known are made from the dominant rocks of the Piedmont region. This area is also known for its large range of flora and fauna, especially when compared to nearby Coastal Plains regions. Some of the Brandywine Creek State Park is made up of an old-growth forest, with trees such as oaks, tulip poplars, beech trees, sycamores, and much more.

Out of the park’s four nature preserves, two – the Tulip Tree Woods and the Freshwater March – were the very first nature preserves in the state. The Tulip Tree Woods is home to a stately population of 190-year old tulip poplars, while the Freshwater Marsh is host to a diverse range of plants and animals. The park’s other preserves are the Carney Tract, named after Delaware governor John Carney, and the Flint Woods, the old-growth forest that is home to many rare songbirds.

In addition to its abundant environment, Brandywine Creek State Park is also known for its trails and creeks. There are over 14 miles of trails throughout the park that are perfect for walking, jogging, biking, and observing wildlife. The East Coast Greenway Trail runs through the park – over 3,000 miles long, it stretches from Maine to Florida. Other notable trails are the Rocky Run Trail, the longest in the park itself, and the Brandywine Trail, which weaves along the river. Many also flock to the river to fish its large bass population; trout is also abundant in Wilsons Run, a waterway within the park.

This state park is also host to the Brandywine Creek Nature Center, an environmental education organization that provides visitors with natural history programs, guided tours of the park, birding programs, and more.

Whether you are a nature buff or you are just looking for a fun day outdoors, Brandywine Creek State Park is the place to be. Fish for bluegill in Brandywine Creek, throw a frisbee in one of the many fields, look for rare birds, or stroll along a 19th-century wall during a visit to this park. The park is open every day from 8:00am to sunset, at a cost of $4 for in-state visitors and $8 for out-of-state visitors.