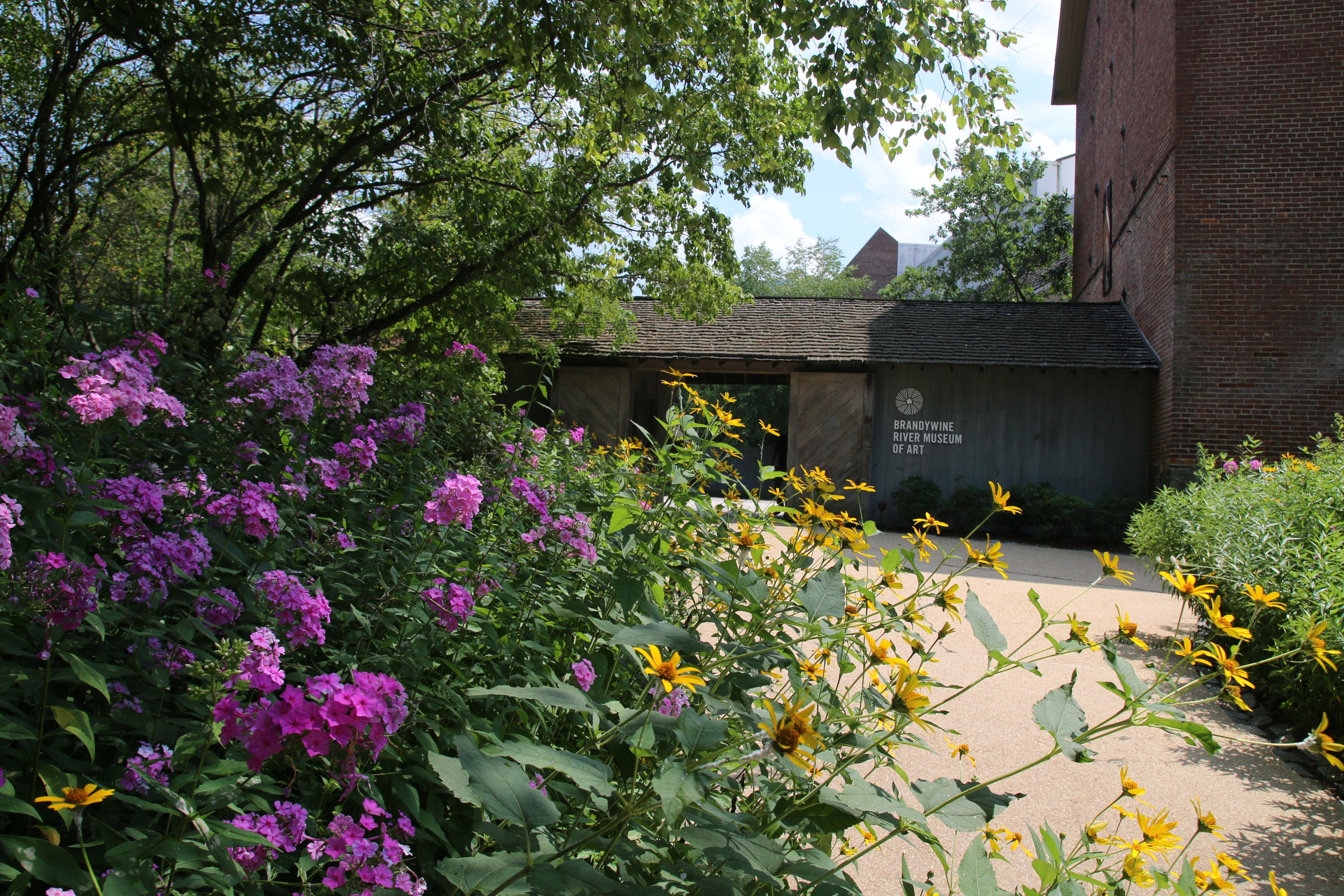 The museum was founded in 1971 by George “Frolic” Weymouth, an American artist and conservationist and a member of the du Pont family through his mother, Dulcinea Payne du Pont. In the 1960s, Weymouth founded the Tri-County Conservancy—now the Brandywine Conservancy—that nowadays protects more than 62,000 acres of land in the Brandywine Valley. Weymouth and the Conservancy acquired the mill that became the Brandywine River Museum by accident, though they renovated it and made it into what is now the museum.

The museum’s holdings place an emphasis on the artistic practices of the Brandywine Valley, especially landscape art from the 19th and 20th centuries. Other focuses of the collection include portraits, illustrations, and still life paintings, by artists such as Howard Pyle, Jasper Francis Cropsey, and Harvey Dunn.

The permanent galleries of the Brandywine River Museum highlight the work of the Wyeth family: N.C. Wyeth, a painter and prominent illustrator, Andrew Wyeth, a well-known mid-century realist painter, and Jamie Wyeth, a painter in the Brandywine School tradition. N.C. Wyeth is best known for his work for publishing house Scribner’s, where he illustrated works like Treasure Island and Rip Van Winkle. Andrew, N.C.’s son, is potentially the most famous of the three for his regionalist paintings, which included Christina’s World. Finally, Jamie, N.C.’s grandson, worked primarily in the same thematic range as his father.

All three Wyeths featured at the Brandywine River Museum were influenced by and contributors to the Brandywine School, an art and illustration tradition and, later, an artist’s colony. Notably, Norman Rockwell, whose American art continues to resonate today, was inspired by the teachings of the Brandywine school. This school of art is set apart by its storybook feel, focus on human protagonists, and narrative structure, all features that are evident in the works of the Wyeths.

Aside from its permanent exhibitions on the three Wyeths, the Brandywine River Museum also has a changing series of exhibits. Past displays have included Gatecrashers: The Rise of Self-Taught Artists in America, an exploration of post-WW1 art by newcomers to the scene, Rawlston Crawford: Air & Space & War, an aviation-influenced abstract art collection, and America’s Impressionism: Echoes of a Revolution.

Within its gorgeously modern campus, the museum also holds tours of the N.C. Wyeth house and art studio, five minutes away from the main building. The house retains a lot of its original patina and displays the history of the Wyeth family and N.C. Wyeth’s creative process. Visitors can also tour Andrew Wyeth’s nearby artist studio.

This fascinating exploration of Brandywine School illustration and American landscape art is open Wednesday through Mondays from 9:30am to 4:30pm (5:00pm during the holiday season), and admission is $18 for adults.