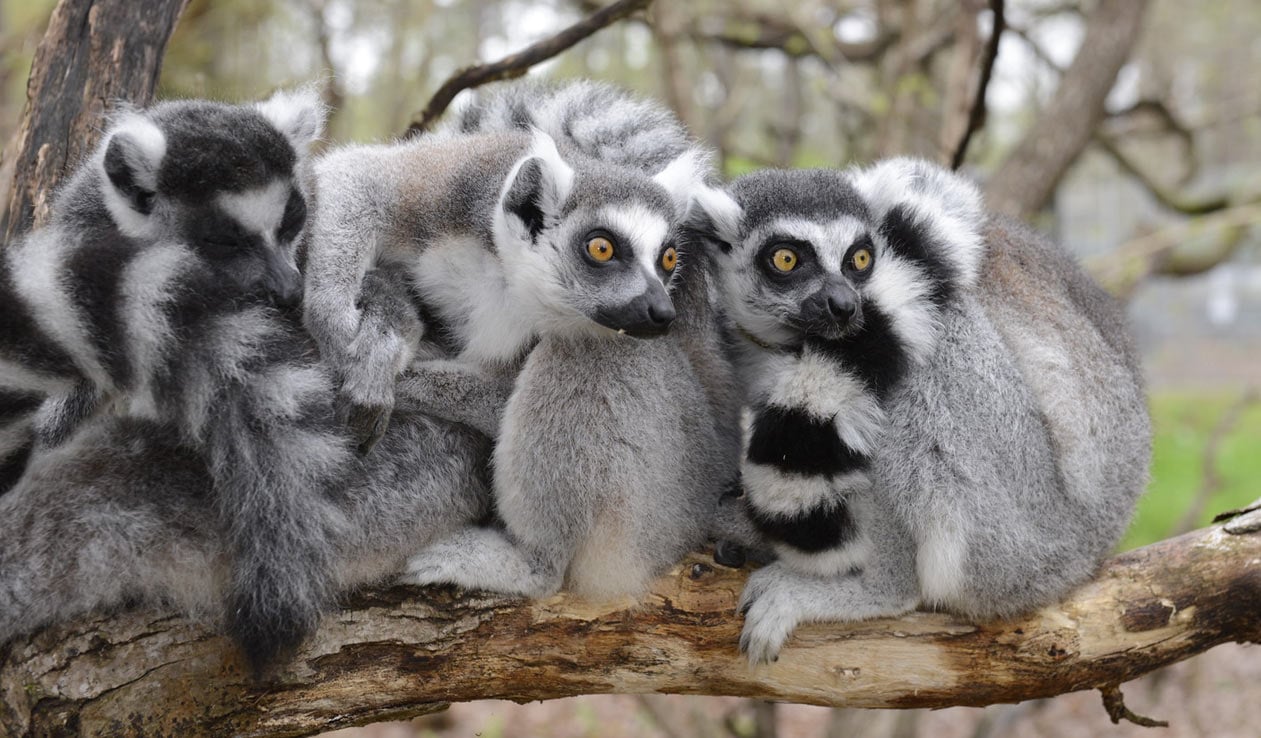 Home to red pandas, Andean condors, buffalo, lemurs, and many other animals, Brandywine Zoo is a Wilmington attraction with a century of history and countless fascinating species of wildlife. Located along the Brandywine River, the zoo is one of the 240 accredited zoos and aquariums in North America.

This 4.7 acre zoo opened in 1905 as a part of Brandywine Park. The lands upon which the zoo is now built were once home to a public amphitheater, where orators such as Henry Clay and Daniel Webster once spoke. The idea of the zoo came from a Dr. James H. Morgan, who donated animals to begin the zoo’s collection. The original Brandywine Zoo was composed of a bear pit and an Exotic Animal House, which housed animals such as sea turtles.

Following decades saw the slow decline of the main zoo, while the Children’s Zoo, built in the 1950s, stayed popular. However, in the 1980s, new exhibits were built and improvements were made on the rest of the area; additions included that of a river otter exhibit, an animal hospital, new exhibit themes, and general renovation.

Now, over a century after the zoo first opened, its exhibits are sorted by region, including Asia, Africa, Madagascar, North America, and South America. Other exhibits include the Reptile Exhibit, the Bee Exhibit, and the Barnyard. Other amenities offered by the Brandywine Zoo are the amphitheater, a nature playground, an education building, and gift shop.

The animals featured at Brandywine Zoo, endangered and otherwise, come from across the world. The South American exhibit is home to a capybara, which is the largest type of rodent in the world, a toucan, a pudu, the world’s smallest species of deer, tamarins, and many other species of fauna native to South America. The Madagascar exhibit offers black and white ruffed lemurs, guinea fowl, and tortoises; the Asia exhibit is home to the red pandas and reptiles.

Brandywine Zoo is also very involved in conservation efforts. Since 2014, it has been a part of the Delaware Kestrel Partnership, which monitors the population of American kestrels in the area. It also monitors wildlife throughout New Castle County to shed further light on its ecological diversity. Its other assorted conservation projects include supporting Tri-State Bird Rescue & Research, international nonprofit Conservation Fusion, the Madagascar Biodiversity Partnership, North American Songbird Safe, and many more. Brandywine Zoo also hosts the Conservation Leadership Academy for local teens, which focuses on teaching environmental justice, healthy impacts, and leadership skills.

Brandywine Zoo is less than a 10 minute drive from downtown Wilmington, making it an easily accessible destination. Ticket rates vary from season to season, but generally prices for admission are between $5 and $9 for adults. Make sure to visit this conveniently located, historic attraction for a chance to see some of the world’s rare animals.