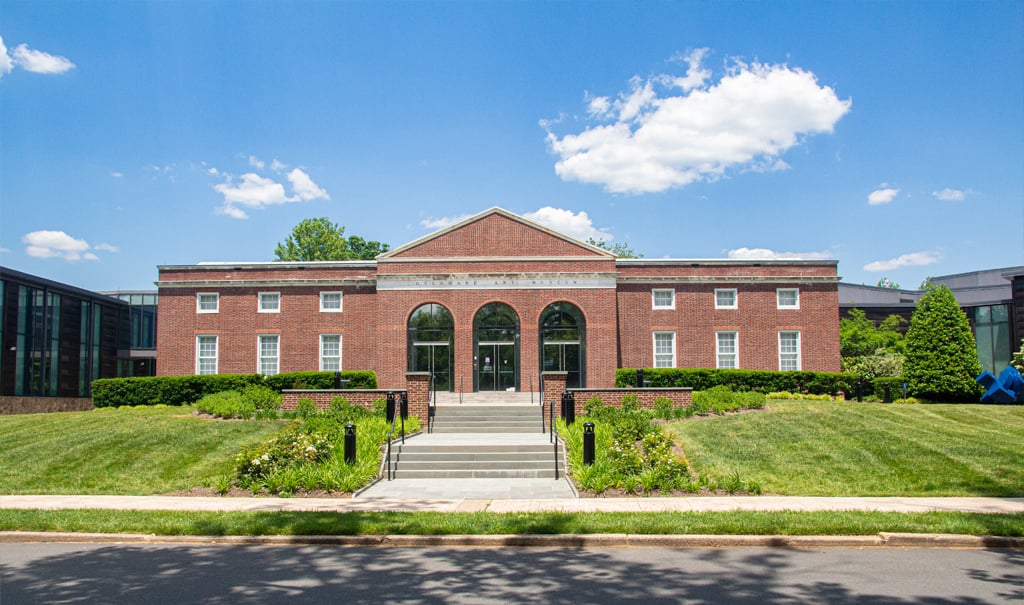 The Delaware Art Museum is home to Wilmington’s largest collection of art, with over 12,000 pieces. Its exhibitions focus on American and British art from the 19th century to the present, and it is sure to delight art lovers.

Founded in 1912 in honor of Howard Pyle, a prominent American artist, the museum’s collection began with 100 paintings, drawings, and other items purchased from Pyle’s wife. The museum was initially called the Wilmington Society of the Fine Arts (WSFA), a testament to Pyle’s native connection to the city; Pyle had many dedicated patrons and students in Wilmington, including Louisa du Pont Copeland and Frank Schoonover, another illustrator. In its first years, the collection did not have a permanent home, but in 1938, the WSFA moved into the Delaware Art Center.

The Delaware Art Center later became the Delaware Art Museum, and it was almost doubled in size during a 1987 renovation. The museum is a stately brick structure located on Wilmington’s Kentmere Parkway, and it is surrounded by grassy lawns and a 9-acre Sculpture Park. The Delaware Art Museum is also home to the Helen Farr Sloan Library, art classrooms, a café, and a museum store.

The museum’s collection, much-expanded since the initial acquisition in 1912, include many works of 19th- and 20th-century American illustration—the work Howard Pyle was best known for—as well as a strong showing of works from the British Pre-Raphaelite Brotherhood movement. In addition to Pyle’s art, the museum has significant collections of the work of John Sloan, an American painter, and Dante Gabriel Rossetti, an English poet and painter. Its collections are split into five categories: American Art, 1757-1960; American Illustration; British Pre-Raphaelites; Contemporary Art; and the Copeland Sculpture Garden.

The American Art collection is the most extensive in range, covering over 200 years of art history. It focuses on American artists who were pushing the bounds of realism and those who were working in the Brandywine Valley area. Important artists included in the collection include Raphaelle Peale, Edward Hopper, and Loïs Mailou Jones. The Sloan work is also part of the American Art exhibit: John Sloan’s work was rebellious and unappreciated at the time for its stark portrayal of everyday subjects.

The British Pre-Raphaelites were a group of artists led by Dante Gabriel Rossetti who were inspired by medieval art, thus giving rise to the name Pre-Raphael. Their work focused on the problems exacerbated by the Industrial Revolution, such as moral and social decay. Artists who were part of this movement, and whose work is on display at the Delaware Art Museum, include Ford Madox Brown, John Everett Millais, and Elizabeth Siddal.

Besides the depth of art on display, the Delaware Art Museum is also worth a visit for its Sculpture Garden, which includes nine contemporary sculptures and a labyrinth. The museum is also home to the Helen Farr Sloan library, an archival collection of personal papers, manuscripts, letters, and photographs belonging to prominent American artists.

Strolling through the museum’s carefully curated exhibits is an enjoyable way to spend a leisurely afternoon. Admission is only $14 for adults, and the museum is open Wednesday through Sunday from 10:00am to 4:00pm, and until 8:00pm on Thursdays.