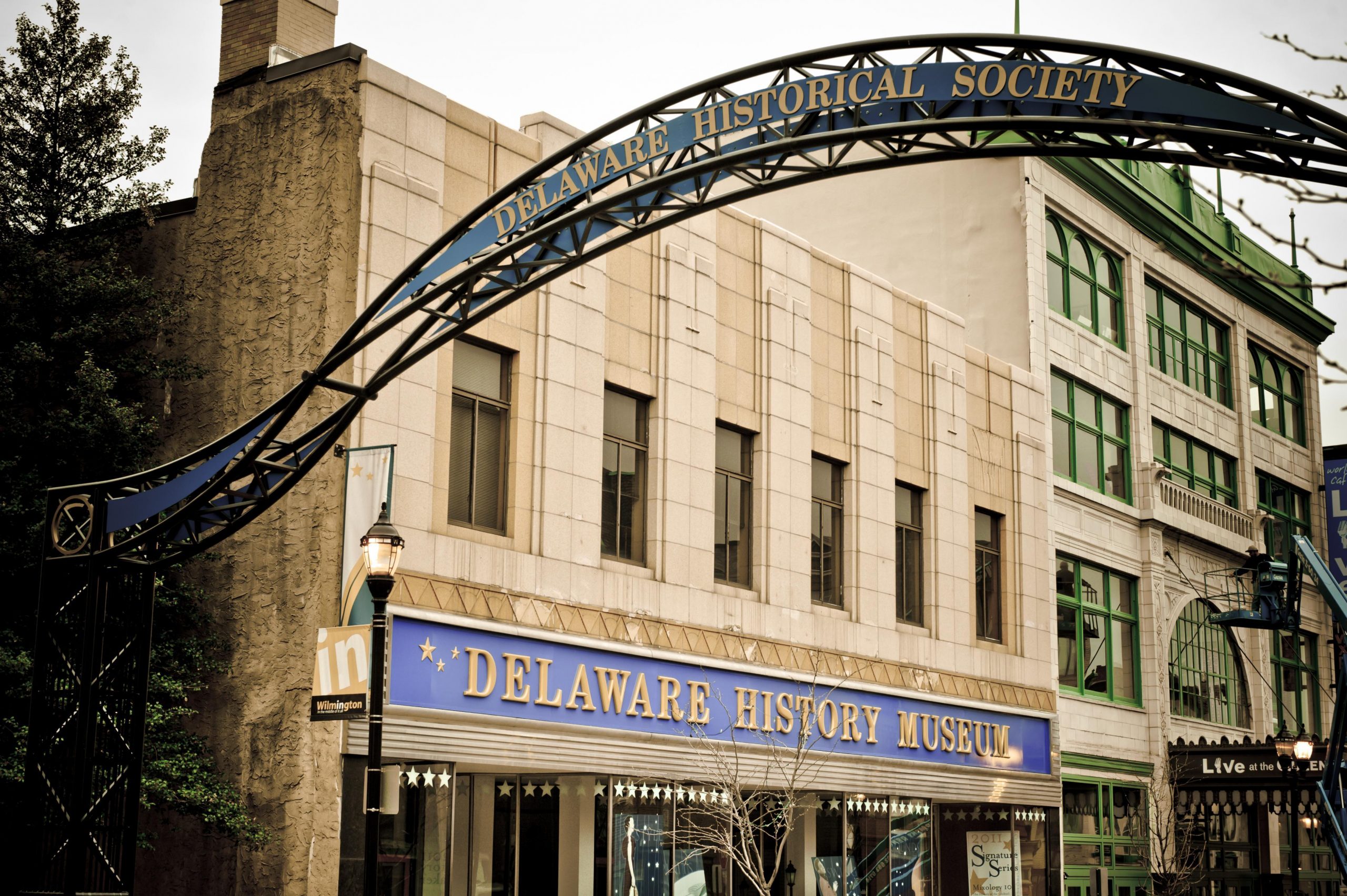 Located on Market Street, one of downtown Wilmington’s liveliest locations, the museum is housed in a former Woolworth’s Department Store, from the 1940s. The former department store-turned-museum is also home to the Jane and Littleton Mitchell Center for African American Heritage, an important educational resource featuring artifacts, art, and interviews about the African American experience from 1639 to the present.

The primary permanent exhibit at the Delaware History Museum is called Delaware: One State, Many Stories, which is split into two sections. The first, Discover Delaware, is a general glimpse into the state’s history from the 1600s onwards. It recounts the diversity of geography and community that has defined the state, from its position between the north and the south to its agricultural and industrial history.

The second part of the exhibit, Journey to Freedom, explores the history of African Americans in the state from the first documented enslaved African brought to Delaware, Antoni Schwartz, to Delaware poet laureates Nnamdi Chukwuocha and Al Mills. At its core, it is a testament to the varied struggles, injustices, and resilience of the African American community in Delaware, exhibited through multimedia displays and interactive resources. It is primarily located in the Mitchell Center, which is named after two important civil rights activists.

A temporary exhibit currently on show at the Delaware History Museum is called Collecting Wilmington: Perspective, Place and Memory, and it is a study in the wider history of the country through the lens of Wilmington. The collection, collated by Paul Preston Davis, has been four decades in the making. It includes photography, chromolithography, sheet music, business documents, rare print materials, and more.

The Delaware Historical Society’s other collections include about three million items, including artifacts and archival manuscripts. Since its founding in 1864, the society has acquired materials such as a piece of wood that was reportedly part of the boat George Washington crossed the Delaware River on, in 1776, as well as Civil War battle flags. These holdings represent the largest repository of information on Delaware’s history.

Visitors interested in history, or those who simply wish to learn more about Delaware, from its maritime stories to its role as the First State, should definitely visit the Delaware History Museum. Admission is only $10 for adults, and the museum is open from 12:00pm to 5:00pm Wednesday through Sunday.