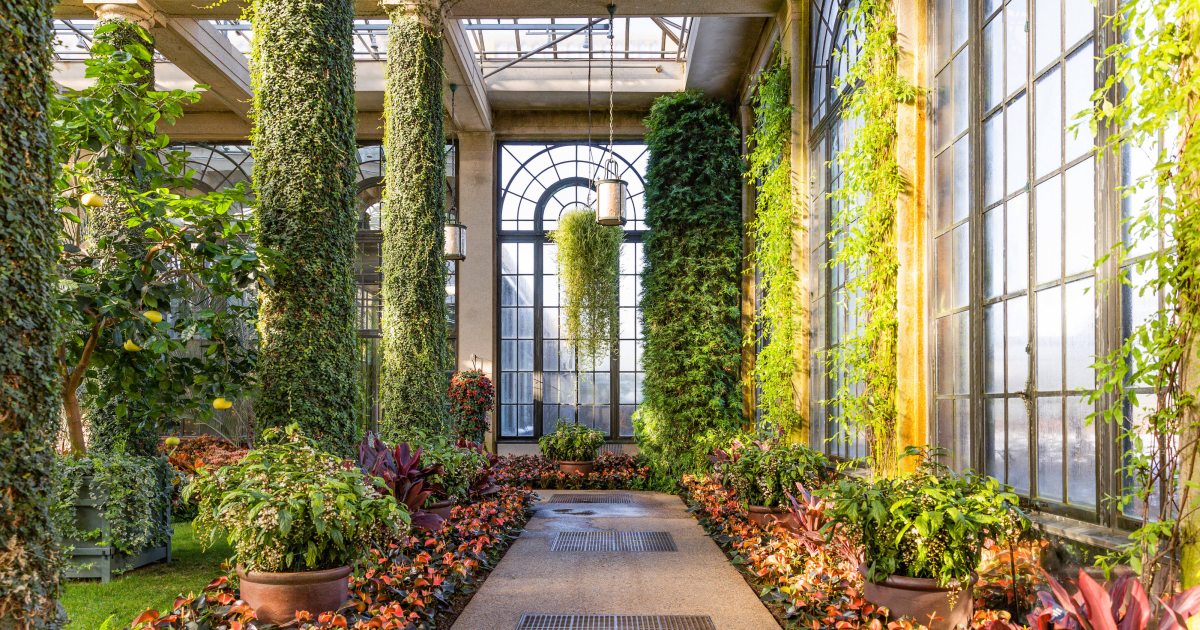 One of Wilmington’s best qualities is its accessible location; situated in Delaware’s scenic northeast, it is close to both major cities and rural attractions. Among these attractions is Kennett Square’s Longwood Gardens, a stunning series of floral exhibits just 20 minutes away from Wilmington.

Longwood Gardens highlights the natural botanical beauty of the Brandywine Valley as well as landscapes from across America, with over 10,000 species of exotic and native flora. It also boasts an extensive past: it was the home of the Lenni Lenape tribe for centuries and centuries. In 1700, years after the land had been claimed by the English, it was purchased by George Peirce, a Quaker farmer, whose son turned the area into farmland.

Descendants of Peirce, who were fascinated by nature, planted a 15-acre arboretum on the property, the beginnings of the modern-day botanical collection. In the mid 1800s, as movements like City Beautiful and efforts to create planned green spaces became popular, the arboretum became Peirce’s Park. Peirce’s Park included a marker honoring Hannah Freeman, who had been born on the land in 1731 and was reportedly the last surviving member of the Lenni Lenape.

By 1906, Peirce’s descendants no longer wanted to maintain the arboretum. Thus, it was purchased by Pierre S. du Pont, a member of the prominent Delaware du Ponts, and he opened the land up to the public as Longwood Gardens in 1921. The name Longwood comes from ‘Long Woods,’ which the area of land was known as before the Civil War, when it was a stop on the Underground Railroad.

Longwood Gardens’ 400 acres are home to six unique districts, each with its own character. These include Chimes Tower District, a sloped hillside of rare plants heralded by a bell tower and a waterfall; Conservatory District, a dazzling flower show set against breathtaking 19th-century architecture; House & Theater District, a sprawling vista used for performances; Lakes District, a European-esque area of woodlands and waterways; Main Fountain Garden District, a classically designed formal garden; and Meadow & Forest District, an effort to promote ecological restoration.

Beyond these six districts, the gardens cycle through five annual seasons specific to Longwood, which are curated by the gardeners. These range from Winter Wonder, a muted exploration of winter blooms in the conservatory, to Festival of Fountains in the summer, where the outdoors are at their natural peak. Longwood also hosts a Longwood Christmas season, Spring Blooms season, and Chrysanthemum Festival in the fall.

Aside from the gorgeous horticulture, which is spectacularly displayed throughout greenhouses, garden walks, meadows, arbors, and formal gardens, Longwood is also home to the Peirce-du Pont house, which dates back to 1730. An expansion of the original two-story brick farmhouse on the property, the house is now a horticultural library and an exhibit dedicated to the history of the property.

Visitors can spend an entire day—and more—exploring the extensive grounds of Longwood Gardens, the site of an incredible range of ecological life. From evergreen Bird-of-paradise to South African Lion’s Tail to native North American oaks and waterlilies, Longwood Gardens’ collection is world-class. Tickets are $25 for adults, and the gardens are open from 10:00am to 6:00pm Monday to Wednesday, and until 11:00pm Thursday through Sunday.