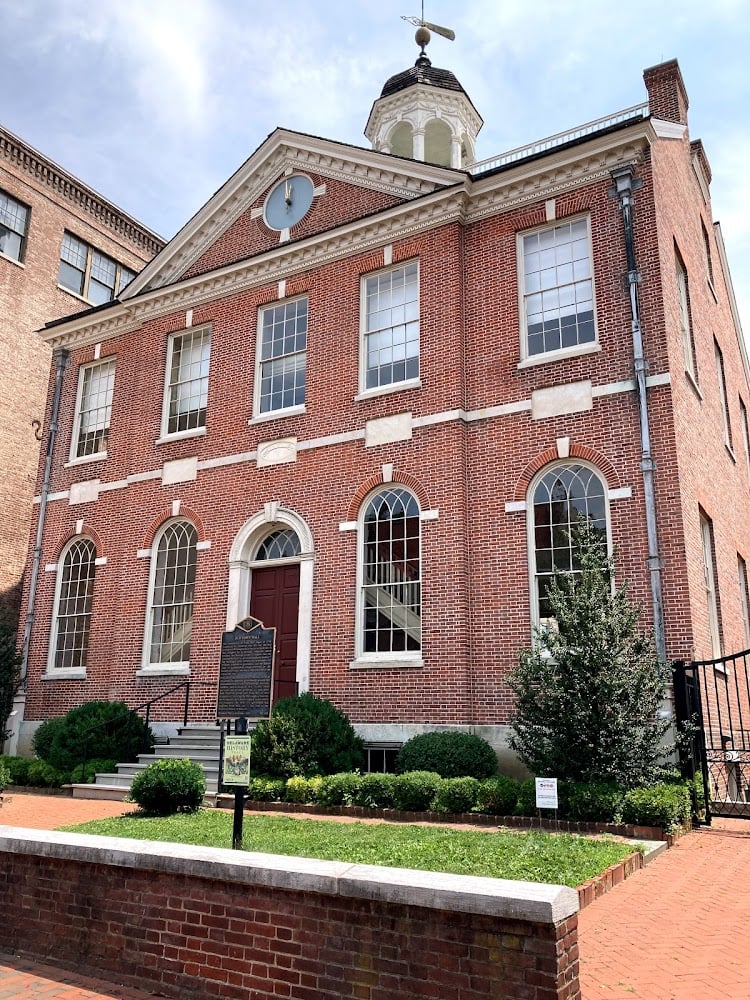 Once one of the tallest buildings in Wilmington, Old Town Hall Museum has since been dwarfed by the city’s industrial growth. However, it still remains a proud testament to the history of Wilmington, Delaware’s largest city, and that of the rest of the First State.

Built in 1798, Old Town Hall is a stately late-Georgian and early-Federal style building, with two stories and a brick facade. The roof is topped by an octagonal cupola, adding to its height. It was inspired by Philadelphia’s Congress Hall, as well as other Federal-style structures. After it was built, it functioned as the heart of political and community activity in Wilmington. The city government was housed in Old Town Hall until 1916.

Federal-style architecture characterizes many buildings built in the United States between 1780 and 1830; it drew inspiration from the Palladian style and Thomas Jefferson’s estate at Monticello. The White House is a famous example of Federal style architecture. As in Wilmington’s Old Town Hall, this style can be seen in the smooth facade and Roman-inspired embellishment.

Old Town Hall served many functions during its tenure as the political and social center of Wilmington. It hosted elections, meetings, civil and criminal trials, and other gatherings; it was also home to a subscription library. It was known for the harsh conditions of its basement holding cells, which were often used to house criminals before their trials.

The government hosted dinners for many notable figures at Old Town Hall, such as the Marquis de Lafayette, a key figure in the American Revolution, as well as President Andrew Jackson, who served from 1829 to 1837. Former Secretary of State and Speaker of the House of Representatives Henry Clay also laid in state at Old Town Hall after his death in 1852.

Another important facet of Old Town Hall was its bell, which rang every hour and for events such as meetings, public celebrations, and fire warnings. The bronze bell, which was cast in England, hung in Old Town Hall’s cupola from 1800 to 1875. It is named after Joseph Tatnall, a Wilmington merchant who purchased the bell for the city. In 1875, the bell was replaced and donated to the Delaware Historical Society, which also owns Old Town Hall.

The Delaware Historical Society has owned Old Town Hall since 1917, after the city government moved out. It then restored the building in 1927, in an effort to preserve its former state. In 1974, Wilmington’s Old Town Hall was added to the National Register of Historic Places, which is a government list of sites preserved for their historical significance.

Admission to Old Town Hall is included with a ticket to the nearby Delaware History Museum, which costs $10 for adults. A visit to Old Town Hall will allow you to learn more about the function of the city government and about Wilmington’s extensive history. The building is open to visitors from 12:00pm to 5:00pm, Wednesday through Sunday.